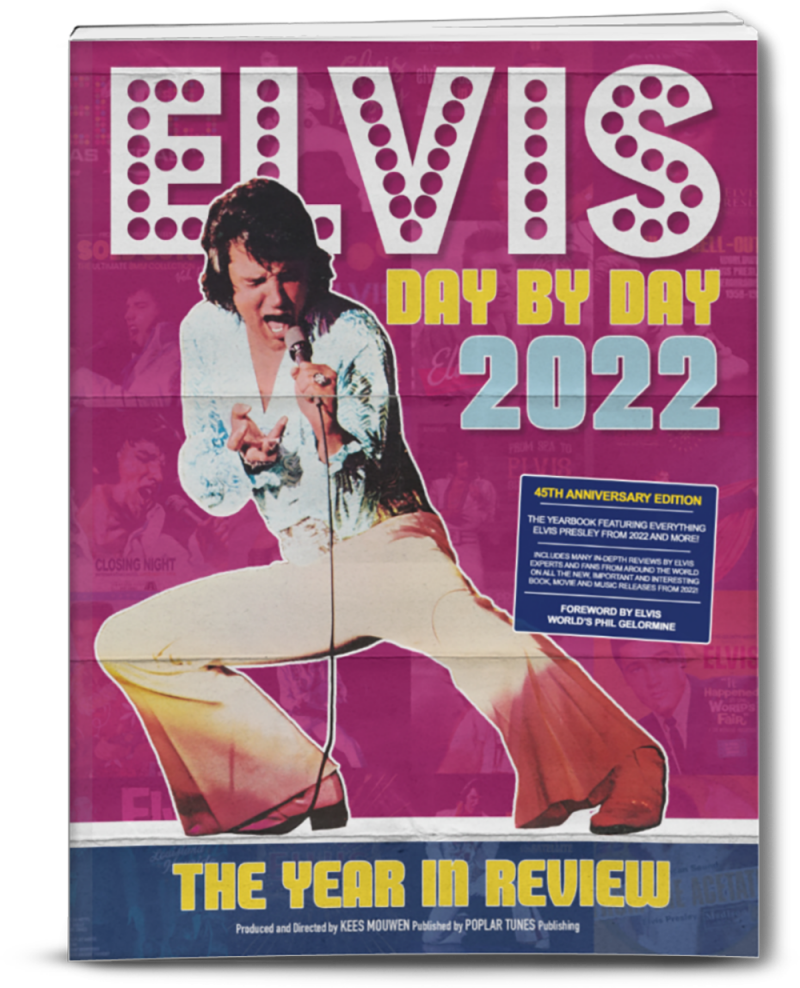 The fifth volume in the 'Elvis Day By Day - The Year In Review' yearbook series has been released January 2023 by Poplar Tunes Publishing.

Description: Four and a half decades, that's how long it has been since the world lost Elvis Presley. After some entertainers pass away, they fade away too. Not Elvis! His legacy is just as diverse as it is relevant 45 years later. If the memory of his greatness and uniqueness as a musical artist has slightly faded over the past years, the stunning No. 1 Hollywood blockbuster 'ELVIS', starring Austin Butler as the man himself and Oscar-winner Tom Hanks as his manager Colonel Tom Parker, is a powerful reminder of what an unmatched giant musical and showbiz force he was - and continues to be. And did you hear the soundtrack for the 2022 biopic? Elvis, side-by-side with contemporary artists, really rocked! Confirming once more that his life and legacy still influence pop culture today.

But there was more that made 2022 another great Elvis year. After 50 years we finally got all the concerts from 'Elvis On Tour', remastered and remixed to perfection by audio-engineer Matt Ross-Spang, just like he did with the 'Aloha from Hawaii' album. From the Follow that Dream collectors label we got the ‘Lost Album Sessions’, new concerts and vinyl re-issues. Official and bootleg labels treated us with many new titles containing new concert performances or alternate recordings, while others offered us newly created stereo mixes. Also hot this year was fan shot 8mm concert footage, especially the combination of remastered concert on CD with the live footage included on DVD proved to be a favorite among fans.

The ’Elvis Day By Day 2022’ yearbook covers all the movie released on DVD and Blu-ray, new music releases on CD, vinyl, cassette-tape and digital platforms. Also included are books from all corners of the world on his all aspects of his life, faith, the SUN recordings, the German and U.K. and LP catalogues, the marketing of his first movies, his cars, planes, pilot and much more.

Added to all the news, this 2022 yearbook contains 55 reviews on all the important releases, including the year’s Top 10 must-have releases and warnings which ones to stay-away from and an in-depth interview with renowned Elvis-author Alanna Nash, talking about Colonel Parker and the 2022 biopic and more. Yes, Elvis still matters today, and with this 5th volume in the series - over 70 pages bigger than the 2021 edition! - you hold the proof in your hands.

The foreword is written by Elvis World's Phil Gelormine. 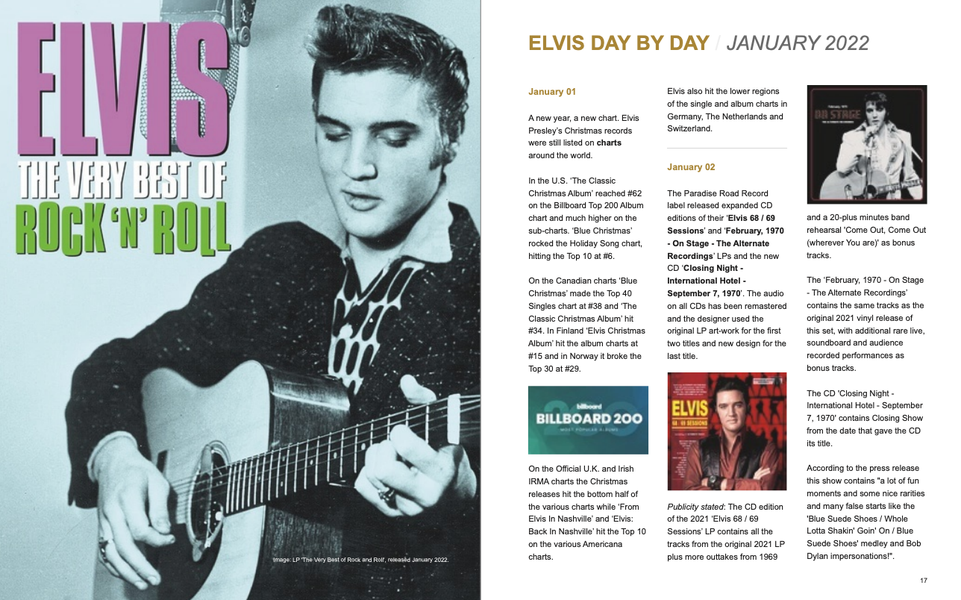 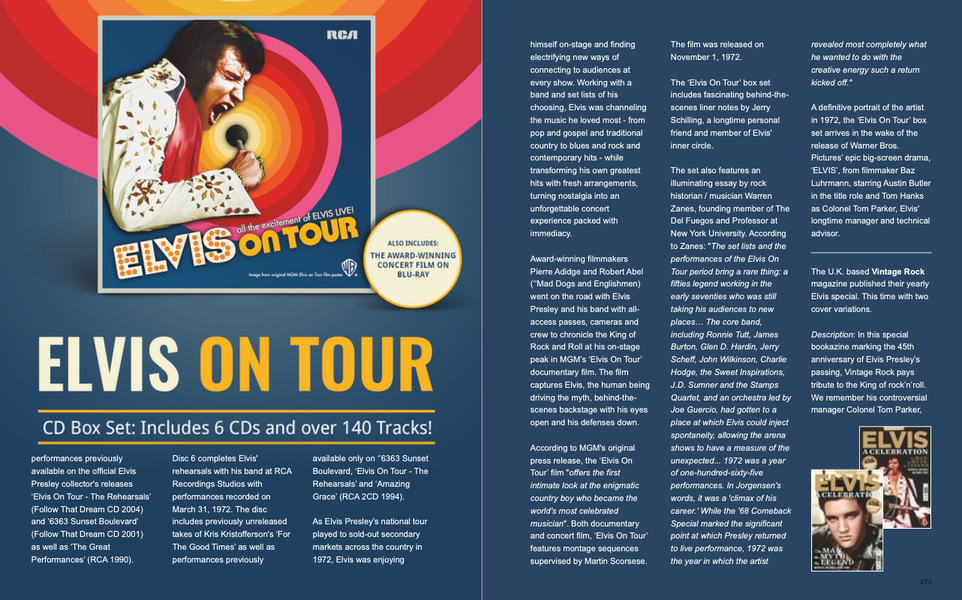 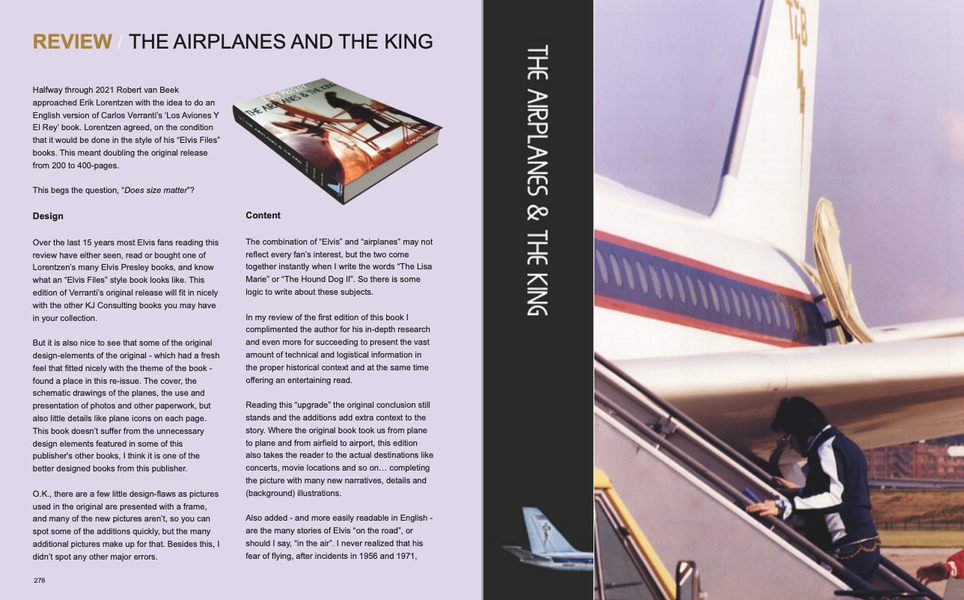 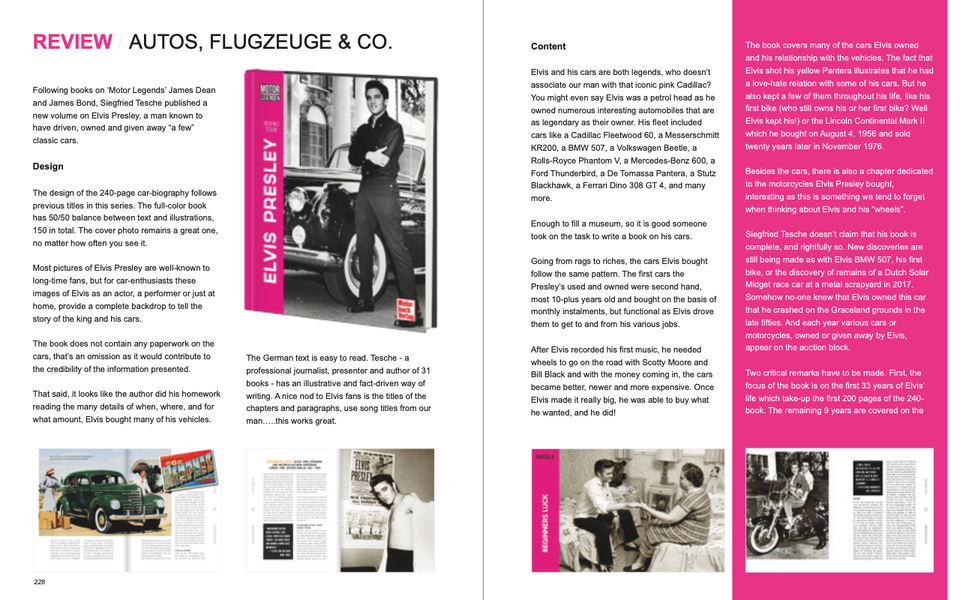 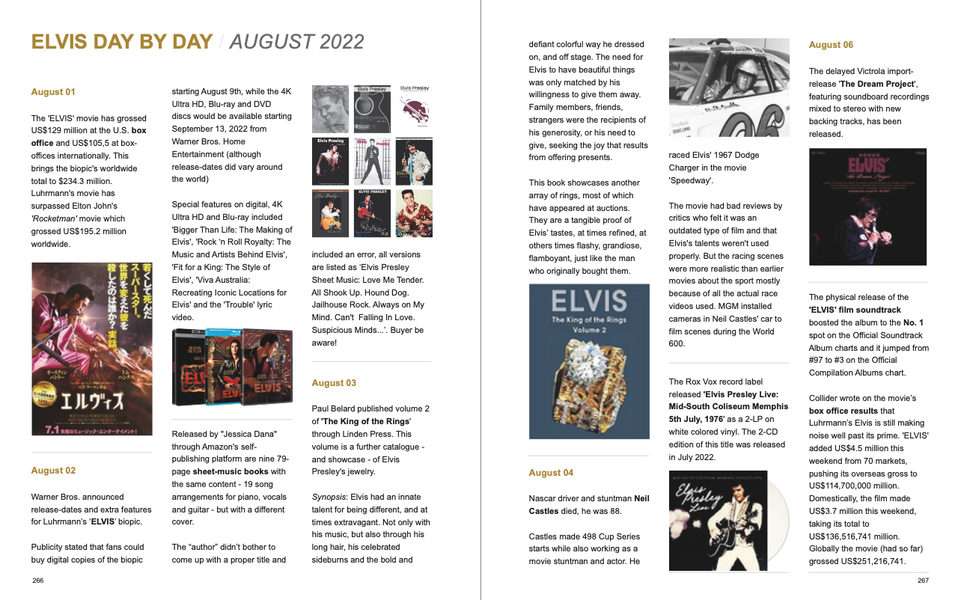 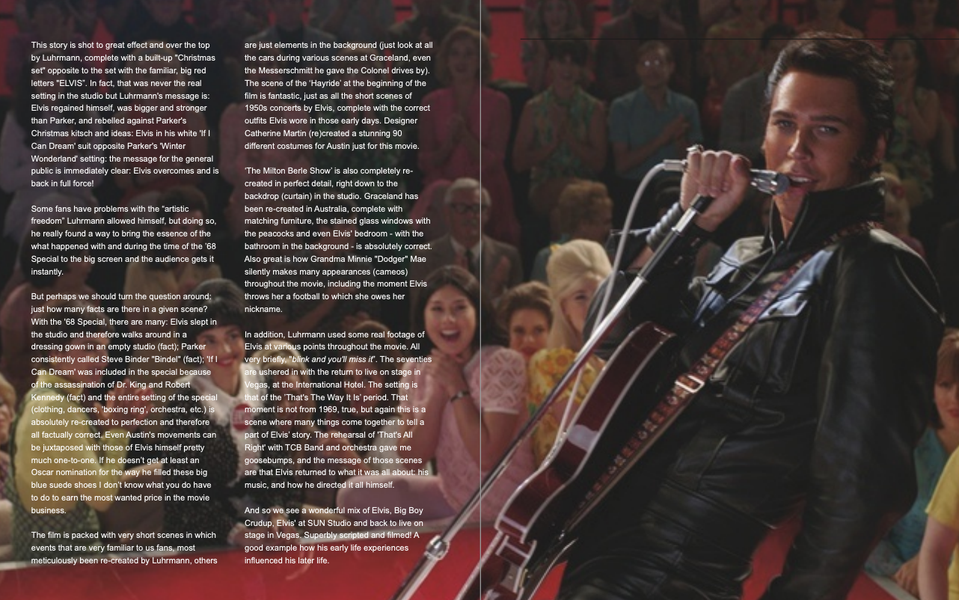 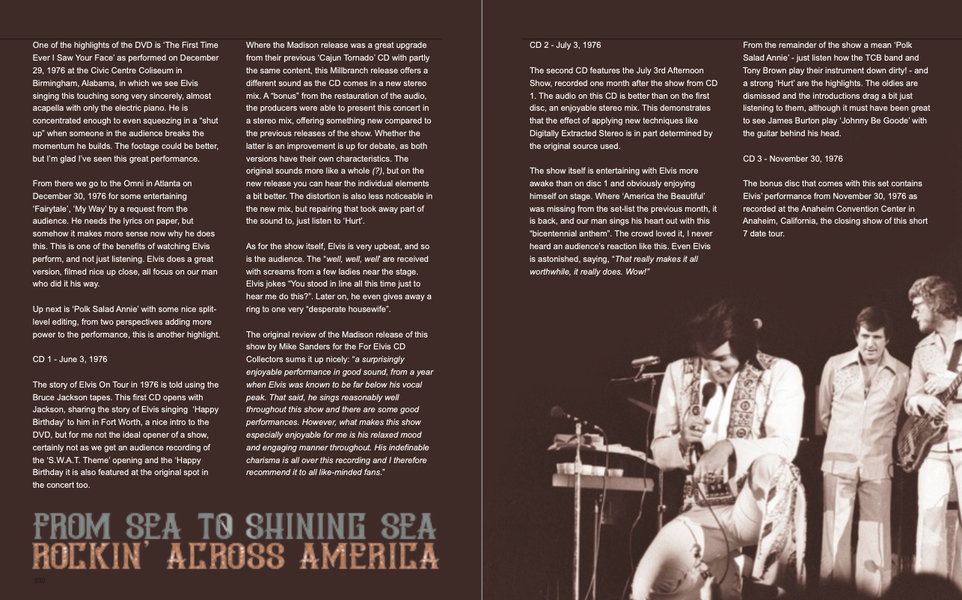 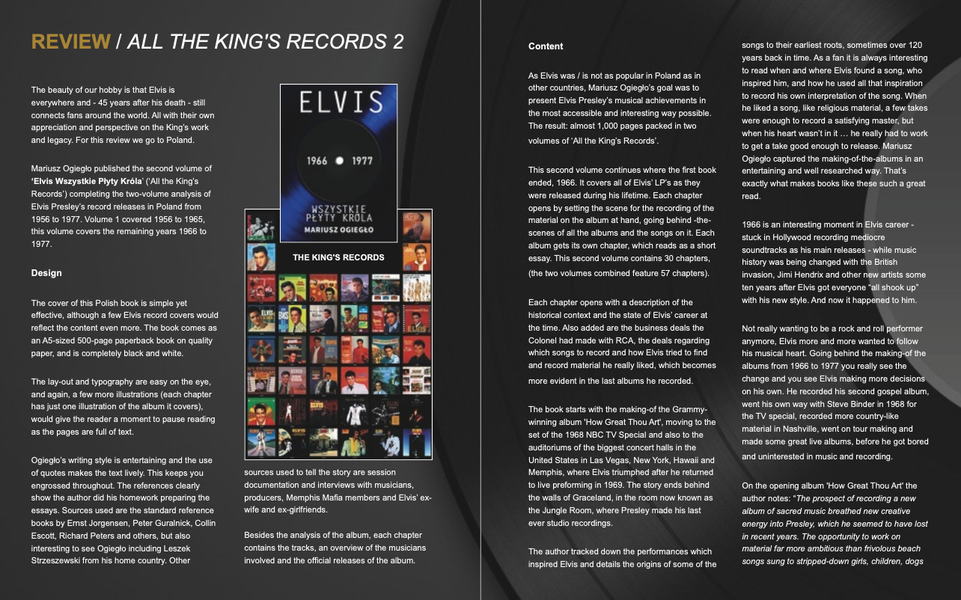 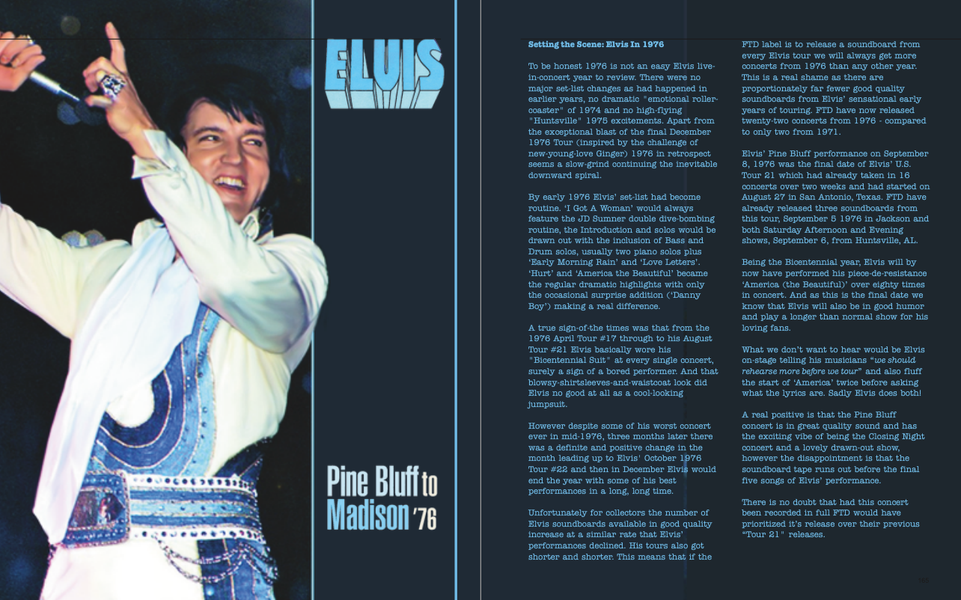 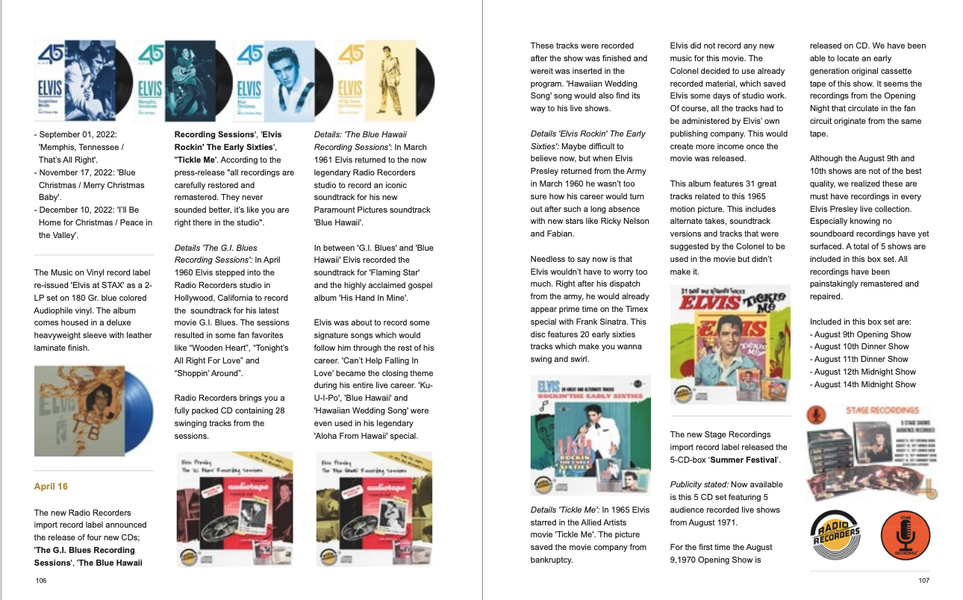 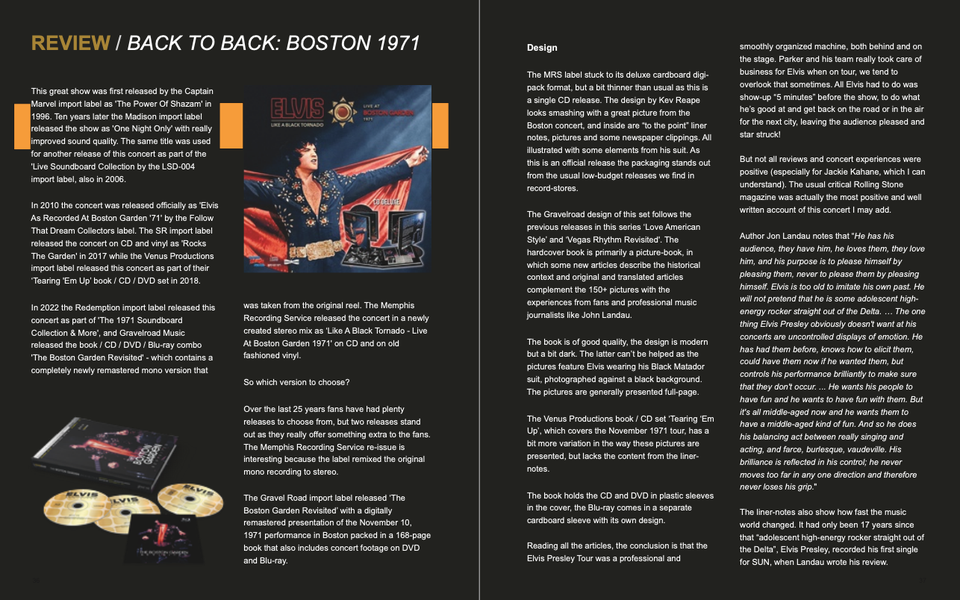 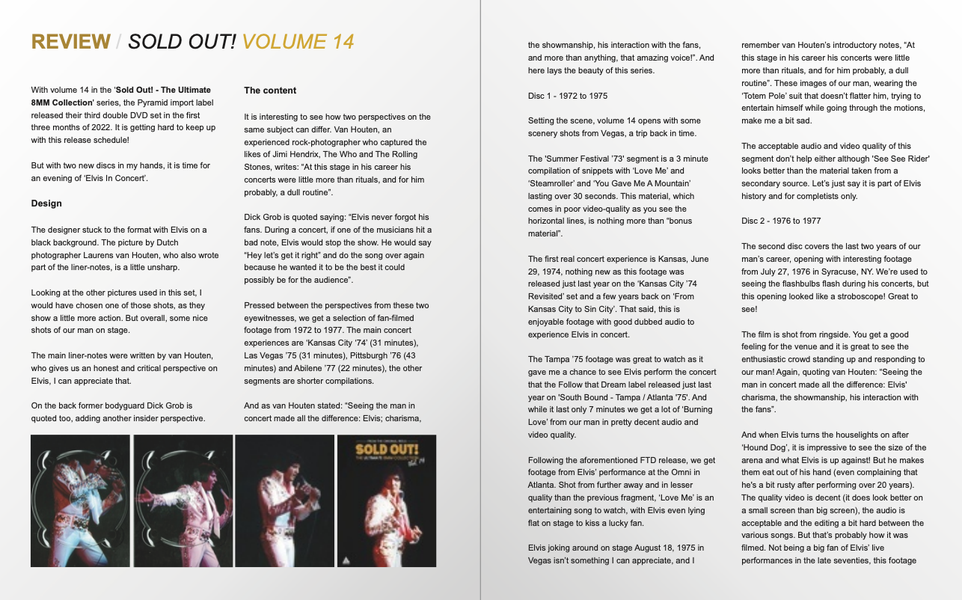 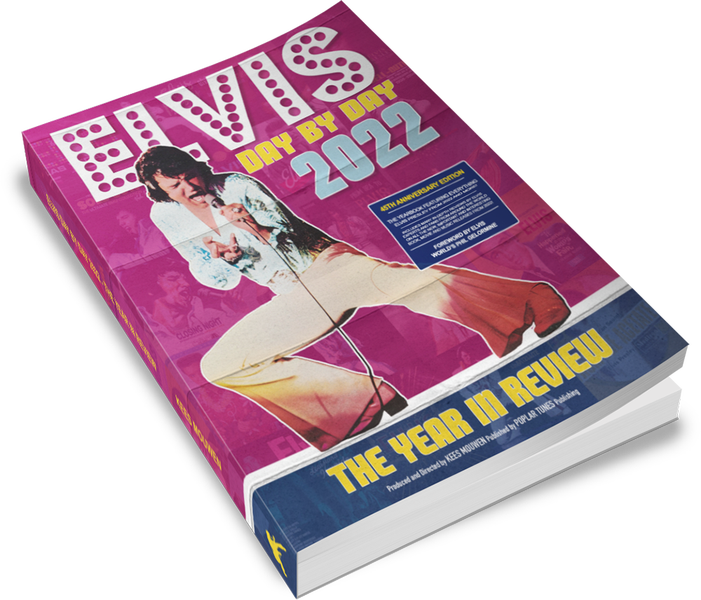